Reformation Bible College (RBC) and Ligonier Ministries are pleased to announce the hire of Dr. J. Nicholas Reid as Professor of Old Testament. 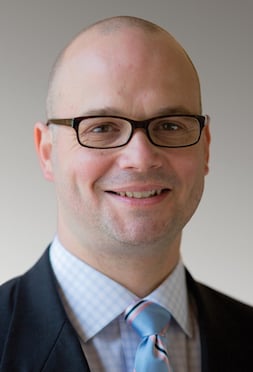 Dr. Reid is currently a Visiting Research Scholar at the Institute for the Study of the Ancient World, New York University. Born in Mississippi, Dr. Reid received his bachelor’s degree from the University of Southern Mississippi. He came to Christ as an undergraduate and soon was in Dr. Dale Ralph Davis’s church. Following Dr. Davis’s advice, Dr. Reid went to Reformed Theological Seminary at Jackson, Mississippi for his M.Div. He then received a M.Th. from the University of Aberdeen in Old Testament. Next he went on to Oxford University, taking another master’s degree, and then a D. Phil., specializing in Cuneiform Studies. Dr. Reid is a recognized expert in Assyriology, and has specialized in studying both prisons and slavery in the Ancient world. Dr. Reid will be teaching courses in Old Testament, Ancient Near Eastern history, and Hebrew at RBC.

With Dr. Ligon Duncan, he is the coauthor of Does Grace Grow Best in Winter? He is an associate editor of The Westminster Confession for the 21st Century, Volume 3. He has a number of scholarly books in preparation for publication. He has given lectures in universities across America and the UK. Dr. Reid also serves as the Associate Editor of Hebrew for BibleMesh Biblical Languages.

Dr. Reid is a committed churchman. He has completed his internship requirements for the Presbyterian Church in America. Dr. Reid is married to Blair, originally from Alabama. They have four children Cooper, Noah, Caleb, and Hannah. They will be moving to central Florida this summer.

RBC President and Ligonier’s Chief Academic Officer, Dr. Stephen Nichols, said, “We are so grateful to have Dr. Reid join our world-class faculty here at RBC in Sanford, Florida. Dr. Reid is a churchman and scholar, devoted to training and discipling our students. He is committed to the inerrancy of Scripture and to the historic Reformed faith. He will play a significant role in our aim to train the next generation in understanding God’s Word, in defending the faith, and in proclaiming the holiness of God to as many people as possible.”